Blistering with an unshakeable sense of claustrophobia, “Holiday In My Head” is the scorching new single from THE VELVET HANDS.

Arriving with a playful new video made by Callum Scott Dyson of CSD Videography, it sees animated imagery and blasts of fuzzy static nod to the band’s DIY sensibilities. Reminiscent of a cut-and-paste punk zine plucked straight from the 1970s, the video sees two floating heads and hand-drawn, cataclysmic visuals put to music as The Velvet Hands deliver a broiling barrage of live-ready rock riffs. Watch the official video here: https://youtu.be/P4uK2k7hWd0

A furious yet festival-ready anthem that swings from pent-up frustration to feel-good in a beat, of “Holiday In My Head” guitarist Dan explains:

“It’s based on our own experience of the doldrums of being skint, working your arse off to be able to afford a postage stamp sized flat, only to have to shave in the kitchen sink because the landlord won’t fix the one in the bathroom. Take that and then put it in lockdown, it felt like the walls were closing in  — very claustrophobic. You can’t escape to anywhere apart from your own daydreams. The song is an anthem of escapism in the modern era”.

With the track itself nodding to ‘70s new wave just as much as it does thunderous ‘00s indie, it’s a sizzling sampler of The Velvet Hands’ much anticipated second album, set to land later this year…

The Velvet Hands are Toby Mitchell, Dan Able, Louis Mitchell and Sam Hilder. Blending slacker story-telling with belting guitar riffs reminiscent of The Strokes or Parquet Courts with rousing punk choruses that recall The Clash, the band formed amidst Cornwall’s blistering garage-rock scene before relocating to London and making a name for themselves on the capital’s underground guitar circuit.

Praised as being “full of bolshy spirit” by NME, the band’s self-recorded debut album was Huw Stephens’ Album Of The Week on Radio 1 and gained the band airplay from Radio X, BBC 6 Music and BBC Introducing amongst others. Their early run of singles also caused a stir with a range of tastemaker blogs including Gigslutz and Fred Perry Subculture, with God Is In The TV praising them as “brash garage punk rabble-rousers somewhere between the attitude of early Cribs or Libertines with the death and glory of The Clash” and For The Love Of Bands dubbing the band as “the second coming of rock and roll.”

Having supported the likes of Fontaines D.C., VANT, Wallows and Paul Weller, the band have also played an Independent Venue Week show with Frank Turner, opened for Liam Gallagher at The Eden Project in 2019 and headlined stages at Isle of Wight and Y Not? festivals.

The pandemic saw The Velvet Hands hard at work writing new material before releasing “When This Is Over” to raise money for the Music Venue Trust. With their second album set to land later this year, “Holiday In My Head” arrives as a fiery first glimpse of what’s to come as the band blend their unashamed love for guitar music with searing rock-riffs and all-out chrouses.

Earlier this year The Velvet Hands played sold out shows in London and Falmouth, and the band have numerous festival shows lined up this summer including Boardmasters and the Pilton Party Auditions Final, where Michael Eavis will be choosing the support artists for this year’s Pilton Party. With a national tour in the Autumn and live dates for 2023 also in pipeline, for now you can catch the band as these upcoming fixtures as follows: 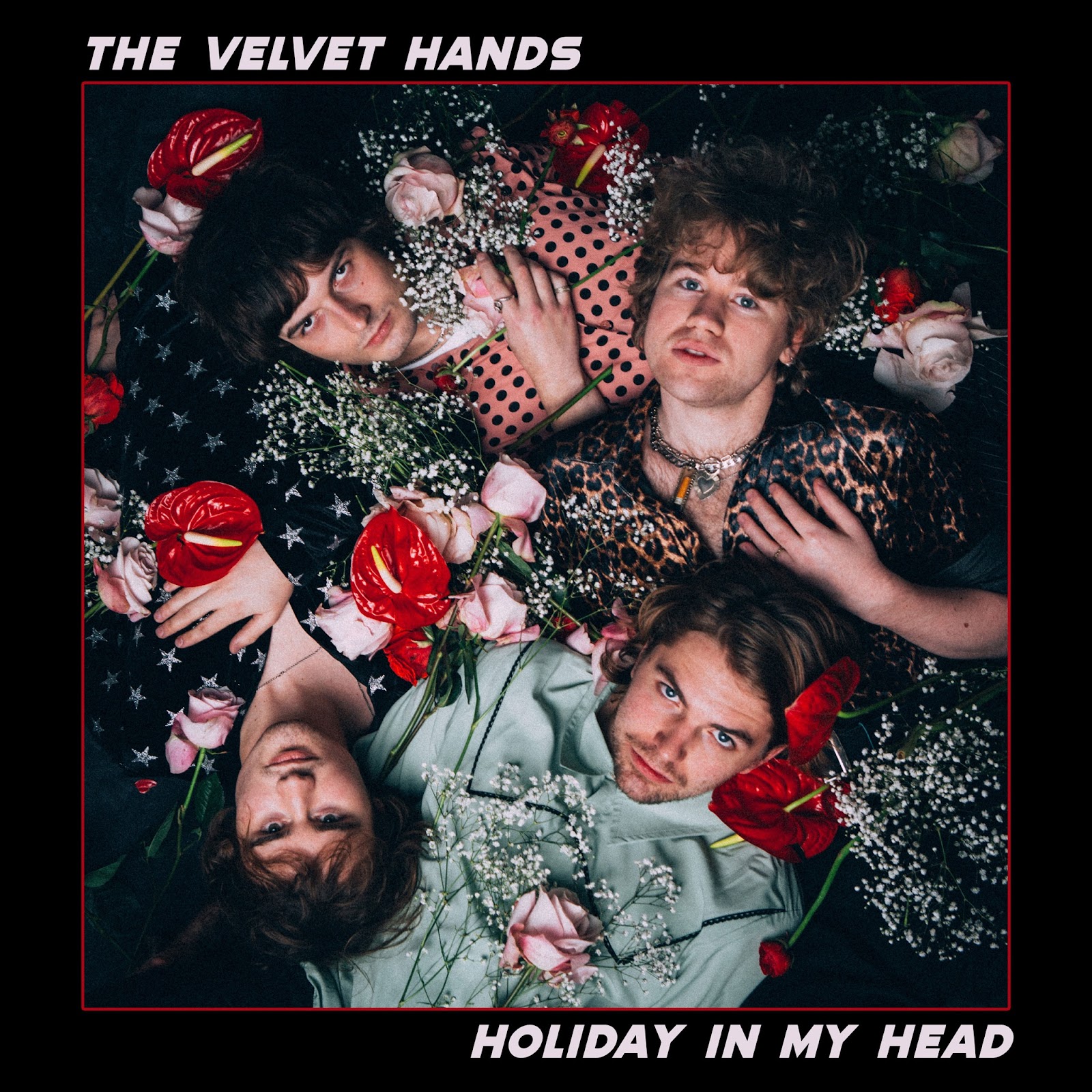 THE VELVET HANDS – ‘HOLIDAY IN MY HEAD’