In tandem with the release, YOVA have revealed a chilling, dystopian video for one of its most prominent tracks: “Make it Better”, created with video directors Tom Linton and Phillip Reinking.

A track intended to haunt you to the very core, “Make It Better” fuses piercing viola work, drill-like repetition and disturbing visuals that couldn’t be more apposite in the current climate. Talking about the track, vocalist and songwriter Jova Radevska says:

“This song symbolises the society we live in & the culture of “following the leader” wherever that may lead to. We are told “tick that box & we’ll make it better”. When did we surrender to “make it better” – it repeats throughout the years, new polished promises, talk of a better tomorrow. We become so accustomed to the amniotic state we live in because it keeps the status quo.”

Featuring Radevska addressing her audience in front of an “OBEY” propaganda poster, the video makes a timely and impactful statement that touches on themes of control, peer pressures and dictatorship; vividly complimenting the track’s shadowy narrative.

As Radevska adds:
“When someone dares to be different & decides to fall out of line, it quickly becomes frowned upon & they’re accused of wrongdoing. History teaches us that true change comes from individuals not from governments. The video has a government official doing a speech but her true colours start to show during the speech & when she becomes aware of it she quickly covers her hand so as not to be noticed. Blinded by distractions & consumerism the puppets in the video are programmed to do what everyone around them does. It takes true courage to break off the chain & escape the factory line.”

Musically, “Make it Better” also sees a collaboration of incredible artists come together for the track; welcoming Rob Ellis (on drums), Daniel O’Sullivan (on bass and viola) and Mark Vernon (on guitars, piano and keyboards). Driven by its prominent string work and Ellis’ doom-like percussive thuds “Make it Better” makes for an exhilarating listen. Tasked with recreating Radevska’s lyrical dystopia in sound, YOVA co-founder Mark Vernon says of the creative experience:

“It was written to underpin my interpretation of Jova’s lyrics. A world where the personal/societal and dystopian/ geopolitical mantra increasingly requires us to ‘tick the box to make it better’. At its most extreme this could be a ‘box’ invented by any shapeshifting megalomaniacal evil dictator in the past, present, or future… So the music required urgency menace and bittersweet euphoria during its 3 minutes: The track opens with Rob’s intentionally sped up EDM electronic drum fill to convey an immediate sense of urgency. To build a sense of mounting tension the verse opens with a repetitive bass line, metronomic robotic drums (Rob) soon to be underpinned by an incessant viola part shamelessly influenced by the VU and my years working with John Cale. The ‘Come Together’ style chorus with its slowed down beat is to convey the subversive danger of resigned / complacent acceptance.”

YOVA are Jova Radevska & Mark Vernon. With Vernon a seasoned veteran of alternative music (having managed and recorded with John Cale and also co-produced tracks on PJ Harvey’s debut album ‘Dry’), a chance encounter with Radevska (a vocalist and songwriter originally from Macedonia) in London would pave the way for their bewitching collaborative project: YOVA.

Already receiving praise from the likes of Electronic Sound and MOJO who hailed the album as “a beguiling debut from a duo of sonic adventurers” (4/5), the album receives its official release on all platforms on 25th March.

Following their debut performance at The Slaughtered Lamb in London last month, the group will be returning to the venue for another performance on 11 May 2022. Tickets are on sale now, with special guests TBA 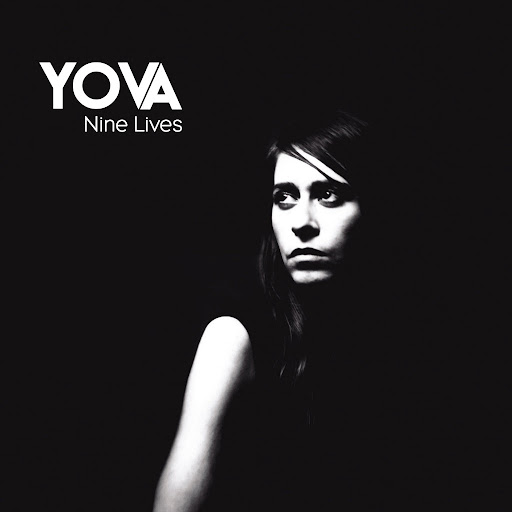